WOW! Look at what Chandris facebook members have done!

Have YOU written a book about your journey? If not, why not? Time to get started so future generations will know what intrepid pioneers we once were!

Following are descriptions of the Chandris members’ books currently available (as paperbacks and e-books) through Amazon. You can click on each cover below for a “free preview” or “buy on Amazon” or contact the member on facebook to order a personally signed copy. You can even click on “share” to let your friends know about it. Come on, support your facebook friends … buy one … or buy them ALL.

SHHHHH, DON’T TELL MY MOTHER by Jennifer Wert/Bowler. With a wish, a dream, and lady luck on her side, a naive 20-year old realized the world was hers to explore. Setting sail on the SS Australis in October 1974 — first as a passenger, then later joining the Chandris Crew family — Jenny shares her hilarious adventures and misadventures recovered from precious memories stored in letters she wrote home. Climb aboard for a trip of a lifetime! You don’t tell your mother everything, so it’s necessary to read between the lines.

YESTERDAY : A BABY BOOMER’S RITE OF PASSAGE by Sandy Coghlan: Fifty years after her travels, Sandy opened a musty box containing reams of fading letters and her battered old diary. She vividly recalled her anxiety at boarding a ship alone at 21, re-lived her fun-filled cruise to Europe on the Australis, remembered the heart-break of partings and the courage needed at finding herself alone and penniless, recalled the joys (and sometimes, the horrors) of living in swinging London and laughed through every moment of her hilarious romp through Europe. Also includes chapters on shipboard life and ports of call.

TEN POUND POM AND BEYOND by Rob Humphreys: In 1970 Rob sailed as a Ten Pound Pom from Southampton to Sydney, Australia. He was 27, single with no ties. This book covers his voyage (on the Australis), his stay in Australia – work, travel and play and travels beyond. Realizing halfway around the world was not that far, and with so much more to see, he returned to the UK, then went to work in Germany, Saudi Arabia and Algeria. Rob also includes his experiences of traveling in the USA, Canada and Mexico, mainly on Greyhound buses. An enjoyable read.

POM’S ODYSSEY by John C. Holman: A wartime tragedy sparks John’s dream of moving to Australia: a dream that turns into a reality when at 18 he becomes a participant in the largest planned migration of the 20th century. With little money and a questionable education, he steps ashore from the SS Australis onto Terra Australis and soon finds the mythical place of his imagination is far-removed from the reality. Pom’s Odyssey is dramatic, funny, and whimsically entertaining, proving that if one takes the road less traveled, surprise is a constant companion and the reward at the end of that road will be the journey itself.

ON THE SURFACE: My Thirty Year Career In Cruise Entertainment by Connie Dickmeyer (illustrated by Greg McDonald) Two young entertainers elude the mob and serendipitiously stumble upon a livelihood performing at sea. It was the 1970s, when Captains were kings and pretty dancers made them beg, when passengers read books in deck chairs facing the ocean spray, and when solid ships, unfazed by rough seas, turned disaster into romance.

POMMY BASTARD by John Livings (fiction) The year is 1973 and young Archie sets sail aboard the SS Kioni for a three month voyage around the world as a member of the on-board entertainment team. In no time he is wholeheartedly embracing life at sea, partaking of whirlwind visits to numerous port hostelries for liquid sustenance, the sampling of a myriad of illicit substances and making the most of all-too-willing female passengers’ attention.

WANDERINGS OF A TEN POUND POM by Bob Horsman is about an English emigrant to Australia, beginning in 1966 and spanning 11 years. It revolves around his work in Australia and his travels to over 32 countries, including a journey on the Ellinis. There are funny moments, adventurous ones, and some more than a little embarrassing. Some are serious, some light-hearted. An entertaining read, for the bus or the train, over a coffee or at bedtime. Bob Horsman found the writing of those times was almost as enjoyable for him as living them. It is his hope that the reading of these anecdotes will do the same for you. 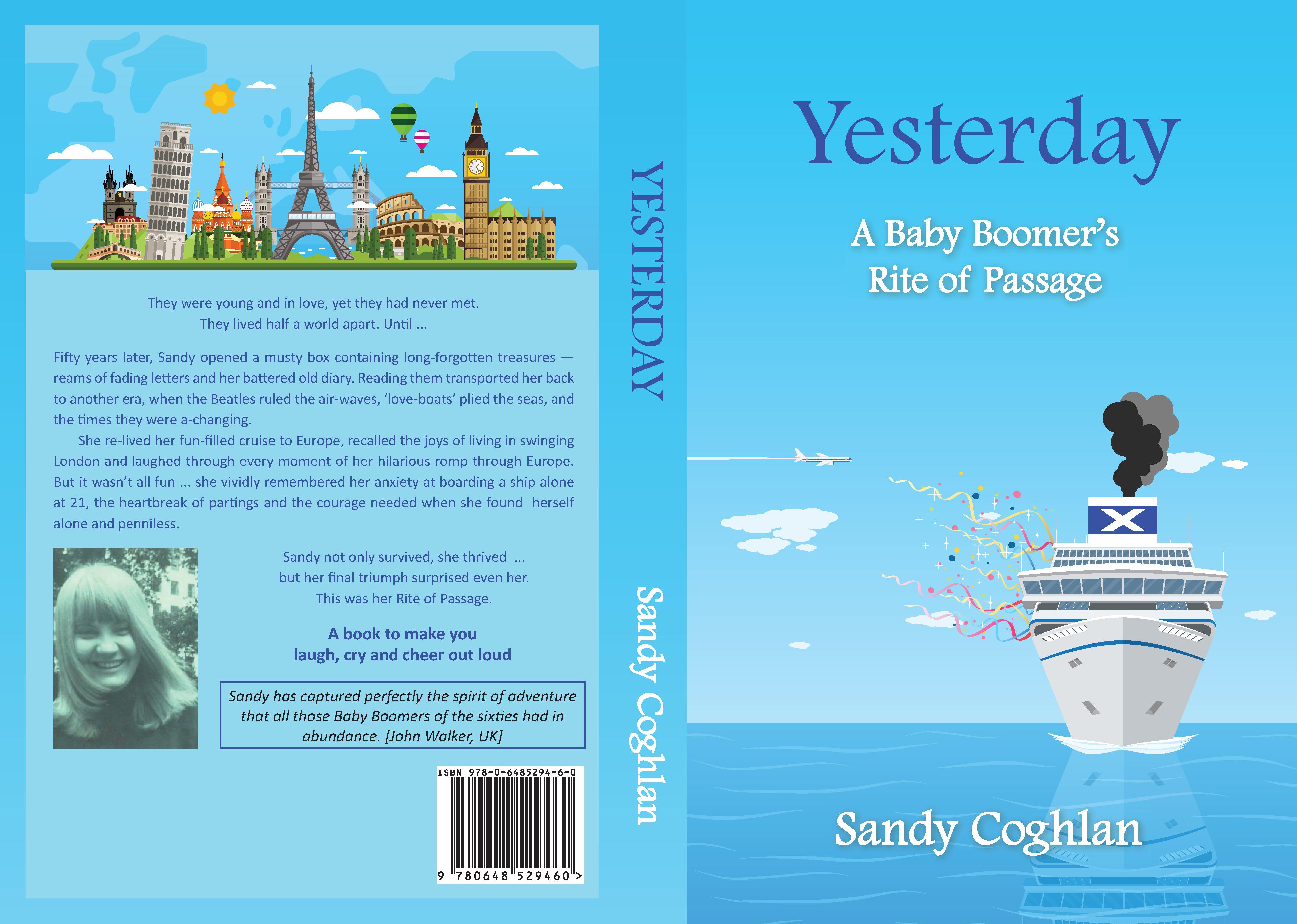